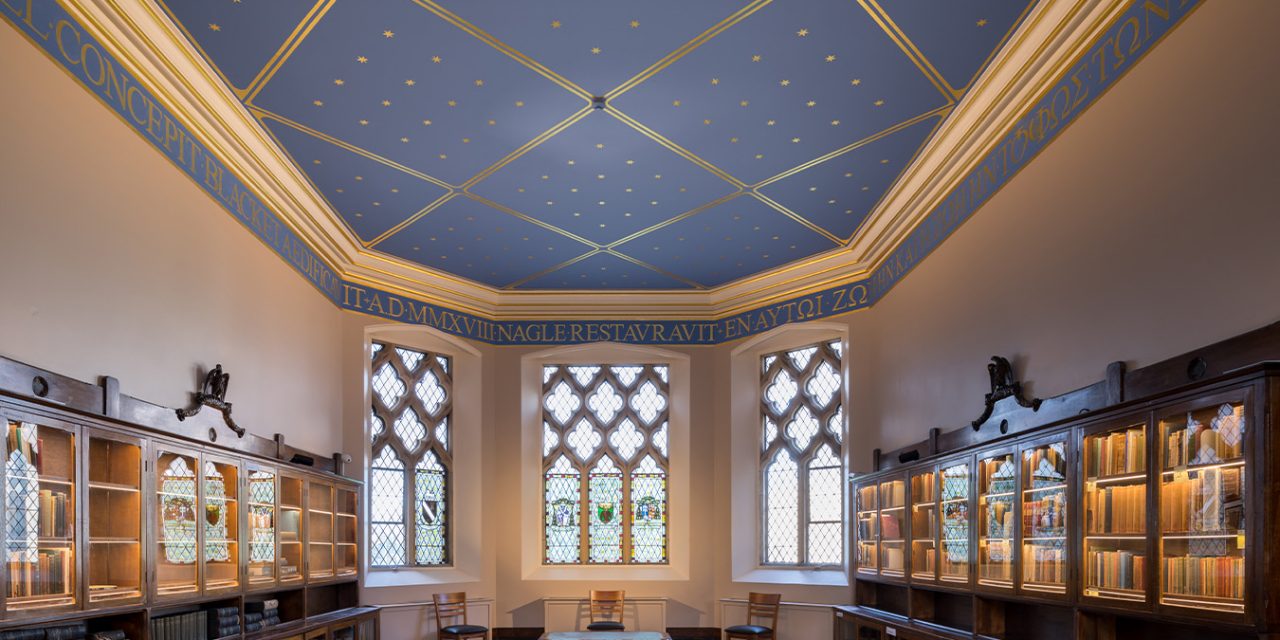 The Library holds several historic collections made up of materials donated by rectors, fellows, students and friends of the College. These include the following:

The Brennan Collection of Greek and Latin Literature
The library of Greek and Latin classical scholarship of Professor Christopher Brennan, purchased by H M Moran in 1925 and donated to the College. Since 1977 this collection has been housed in the Rare Books and Special Collections Department of the University of Sydney Library, where conditions are suitable for long term conservation.

The Fitzherbert Collection of Greek and Latin Texts
Professor John Aloysius Fitzherbert (1892-1970, SJC 1910-13), Professor of Classics at the University of Adelaide 1928-1957, bequeathed his professional library of classical antiquity to the College. In 1973 his former student Christopher Flynn completed a handlist of the collection. Part of the collection has been deposited on loan with the University of Sydney Library and over 500 items are held in the Philosophical Room.

Early Printed Books
Books printed before 1800. Our oldest book is a 1512 copy of the Primus tomus operum Origenis Adamantij from the works of Origen, born in Alexandria in 184 AD, a Church Father widely regarded as one of the most important Christian theologians of all time. From the library of William Augustine Duncan, who migrated to New South Wales as a Catholic schoolteacher in 1837 and was a supporter of St John’s College.

Liturgical Books
Includes a number of altar missals (Missale Romanum) from the St John’s Chapel; the earliest of these was printed in 1588. Also includes, from the library of William Wardell, architect of St John’s College, Pontificale romanum Clementis VIII ac Urbani VIII iussu editum, a liturgical book of rites performed by bishops, published in 1845 and is signed on the fly leaf “Ex Libris Guliemi Wardell de Hampstead, 1850”.

The Nagle Collection of Australian Colonial History
The core of this collection is 100 volumes relating to the early history (including legal history) of NSW received from the estate of John Nagle including a copy of volume II of the 1836 edition of The voyages of Captain James Cook round the world : comprehending a history of the South Sea islands : in two volumes.

St John’s College
This collection includes books and pamphlets relating to the history of the College, and publications owned or written by Rectors, Fellows or associates. It includes Archbishop R. B. Vaughan, Rector of the College from 1874-1877, Lenten exercises : given by Archbishop Vaughan in St. Mary’s Pro-Cathedral, Sydney, in 1877 published in Sydney by Edward F. Flanagan in the same year.

The Australian Church
Items relating to the history of the Catholic Church in Australia since 1788 and the major influences thereon – Rome, together with the Church in England and in Ireland.

The General Collection reflects the academic and general reading of the College community over more than 160 years of our history.

The books are available for loan to St John’s students and other members of the College community. Researchers and other interested persons should contact the Librarian for permission to borrow.

The Collection has works across a number of core humanities disciplines including (but not limited to):

Further acquisitions will be made in the above areas as appropriate. In addition it is intended to extend the collection into other areas of contemporary relevance including (but not limited to):