Whilst the Council determines the strategic direction for the College, the Rector, working closely with the executive leadership team, is responsible for the day to day management and operation of the College. 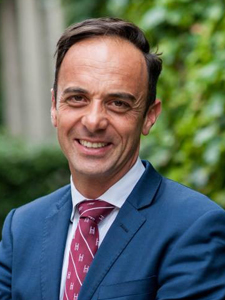 Mark Schembri was installed as the 19th Rector from 1 July 2022. He has more than 13 years’ experience in pastoral care positions in residential colleges at UNSW, Harvard and the University of Sydney, where from 2012 until 2019 he served as Deputy Head of College at St Paul’s.

A graduate in both Veterinary Science and Medical Science, with a Master’s degree in Public Health from Harvard, Mark’s career has taken him from Dubai to Royal Randwick and to the 2008 Olympics in Beijing, where he was Veterinarian for the Australian Equine Olympic Team. For the past four years he has practised medicine at Royal Prince Alfred and Royal North Shore Hospitals. 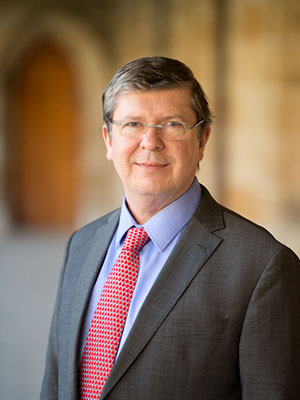 Adrian Diethelm was installed as the 18th Rector from 1 January 2014, having served as Acting Rector in 2013 and Academic Dean in 2012. He took his BA with a First in Philosophy, studied Law at Sydney (First Class) and read for the BCL at Corpus Christi College Oxford. He has been a full-time law lecturer at the Universities of Sydney (1987-89) and Queensland (1993-97), a solicitor in a city firm, and practiced as a barrister in Sydney for 16 years. He also taught law part-time for many years. These days Adrian’s academic interests lie in ancient philosophy and religious thought and he is currently completing a diploma in ancient languages.

In 2022 Adrian took up the post of Vice-Rector and deputy to the new Head of College, continuing as a senior residential staff member. Vic Andallo is a qualified professional in the areas of finance, commercial, governance, strategy and operations management, with experience gained from both established and start-up environments in professional services, manufacturing, biotechnology, digital media, telecommunications and not-for-profit. He has over 20 years of experience in commerce, having worked in multinational giants like San Miguel Corp, Optus and Yahoo!

In his role as Director, Operations, Vic provides leadership and stewardship of College finances and commercial activities, as well as sustaining and optimising the College infrastructure and heritage estate, and mitigating risks associated to the College’s overall operations. 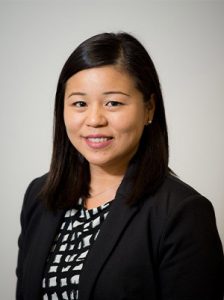 Christina Goh is an effective and strategic professional with over 11 years of university college experience.

As Executive Officer, Christina provides strategic advice and operational support to the College Executive Team. She actively contributes to the development of organisational strategies, policies, and planning across the College while also facilitate the implementation of operational plans and policies. Her role is also responsible for efficient application and delivery of HR processes for the College.

As Council Secretary, this role has carriage of Council and Committee processes, such as meeting co-ordination, preparation of agenda papers and tracking progress of action schedules. 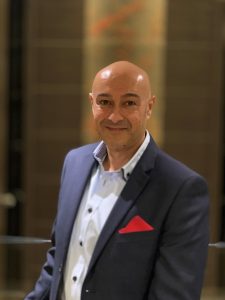 Sam Ibrahim is a facilities professional with 7 years’ experience across the educational sector and 24 years’ experience in ICT. His knowledge stems from multiple sectors of the trade industry having worked in corporate, field service delivery, operations and design.

Joining St John’s College in March 2020 as the Facilities Manager, Sam is responsible for site maintenance and service contracts across campus. His role involves sustaining and developing the College campus via building upgrades and restoration of the site’s heritage components. Sam integrates his extensive experience with the OH&S legislative framework in the maintenance and installation of mechanical, electrical, hydraulic and greens on campus.

In January 2021, Sam was appointed as the Dail bar licensee, and in tandem with his role as Facilities Manager, he assists the students in the organisation of social event plans in accordance with safety measures and logistic requirements.