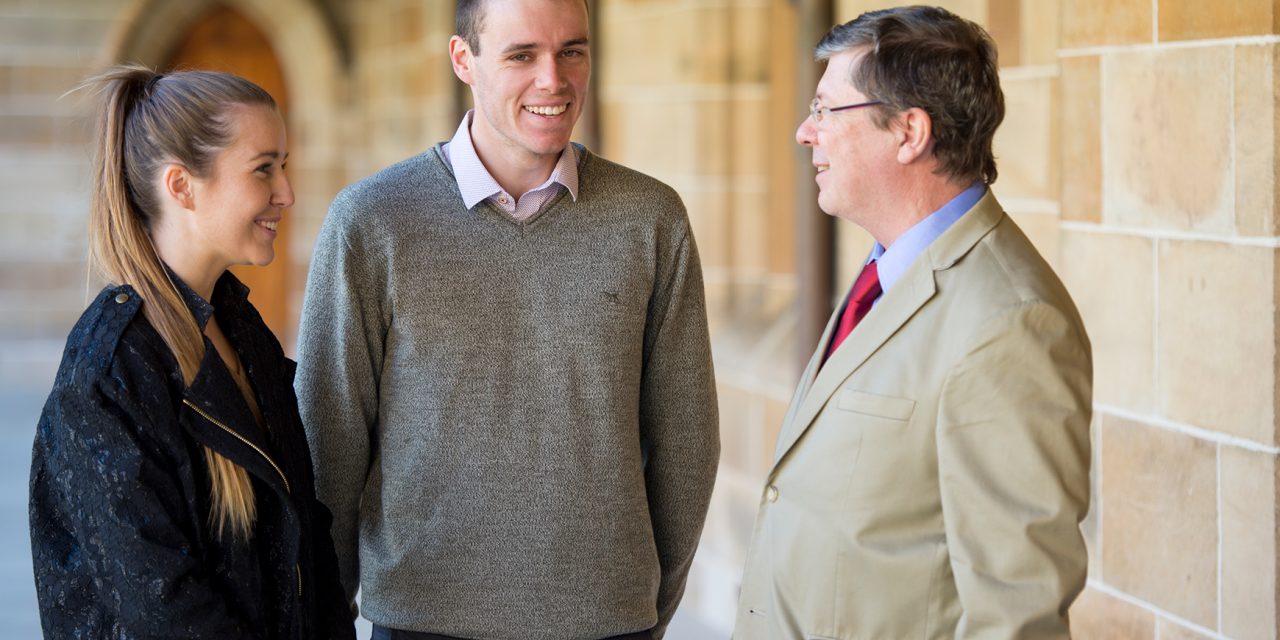 Adrian Diethelm was appointed the 18th Rector from 1 January 2014, having served as Acting Rector in 2013. His background is in law, both as a legal practitioner and as an academic. He practised as a barrister for 16 years having previously been a solicitor in a city firm, was a full-time law lecturer at the Universities of Sydney (1987-89) and Queensland (1993-97), and taught law part-time for many years. His academic interests have included constitutional law, evidence and equity amongst other subjects.

After taking his BA with honours in philosophy and his LLB at the University of Sydney, Adrian read for a postgraduate law degree (BCL) at Corpus Christi College Oxford.

Adrian is married to Lois and they share the rectoral apartment with Figaro, a Persian cat, and Sheba, a Shih Tzu. Adrian is also the College’s tutor in Latin.

“My aim is to sustain the best possible environment for talented young people to flourish both academically and in their life choices. The future holds significant challenges for traditional university colleges and I am confident that St John’s is headed in the right direction. Our student body are with us on this journey and we have an outstanding management team on board. The College has a great influence on our students’ lives and it is a privilege to be involved in leading this endeavour.”

Until 1995 the Rector was required to be a Catholic priest; now the office may be held by either a priest or a Catholic lay person.