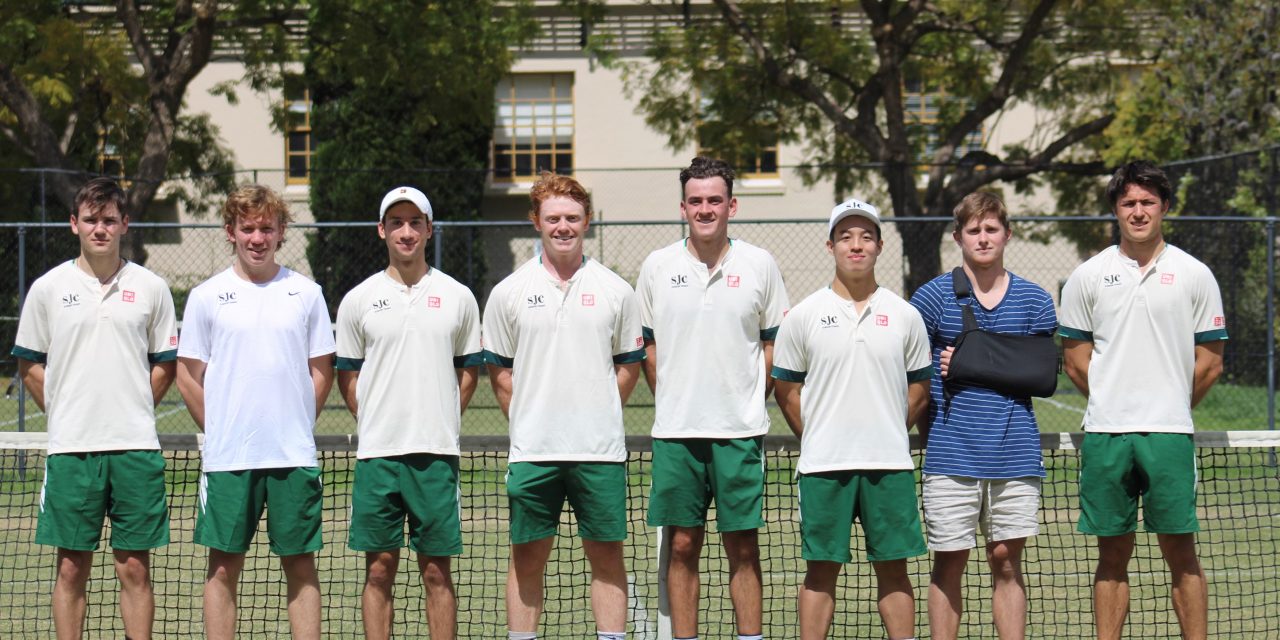 On Wednesday 21 September 2022, after a hard-fought competition, St John’s College emerged victorious in the Rawson Tennis. In Round 1, the College won a narrow victory over St Paul’s College, six matches to five, with Team Captain Chris Spanner and Johnny Ross recording three wins each.

In Round 2, St John’s defeated Wesley six matches to zero, with a comprehensive team effort proving too much for the Wesley players.

In the third and final round, St John’s defeated St Andrew’s six matches to five, in the closest of competitions. After the initial singles and doubles games, St Andrew’s were narrowly ahead, five matches to four, following an especially nail-biting win for Chris Spanner and Johnny Ross in the doubles, and an equally heartbreaking loss for Michael Schipani in the singles. College spirit, though, was on full display, as the team pulled through to win both reverse doubles. The final match went the full distance, as Schipani came back with Darcy Schwager to take the win, 5-7 6-4 10-5. That gave the College the win against St Andrew’s and victory in the competition.

The St John’s Tennis Team did themselves and the College proud, and are an outstanding example of our College spirit of hard work and fair play. 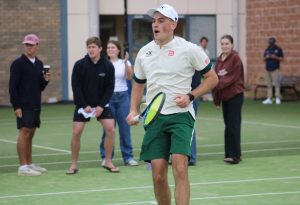