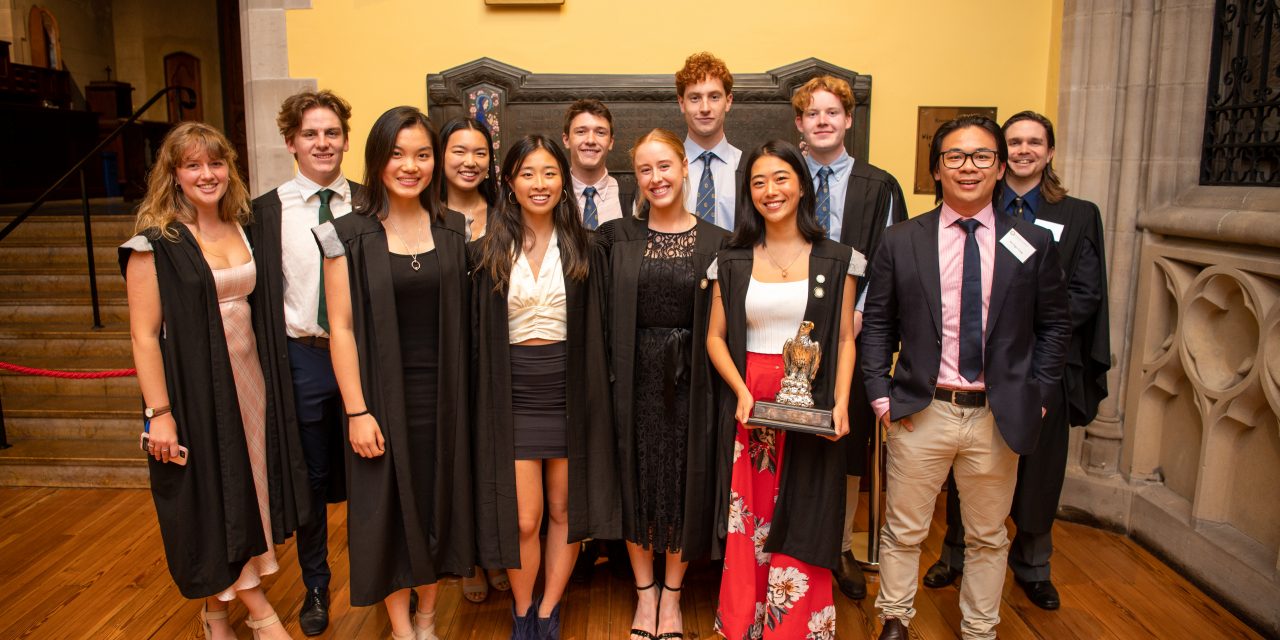 On Monday 22 March 2021, St John’s College was proud to celebrate the 2020 academic and collegiate achievements of our current students and alumni at our annual University Honours Dinner. The College was thrilled to welcome The Chancellor of the University of Sydney, Ms Belinda Hutchinson AC, as our guest of honour and celebrate our community’s achievements in her presence.

The John’s spirit was tangible at the event with everyone in attendance uproariously celebrating those who were recognised – one thing you can always count on at St John’s is camaraderie! More than simply providing university accommodation, St John’s College is a true community where we take great pleasure in gathering to celebrate the achievements of our students.

The College medal and endowed prize honourees were as follows:

On the evening we were also pleased to celebrate the outstanding academic achievements of our alumni. In 2020, the College is aware of sixteen members of the broader St John’s community who graduated with Honours from the University of Sydney – one of which who attained the University Medal for Economics!

The 2020 Honours graduates are as follows:

Honours Class I and the University Medal

Towards the end of the evening, Ms Hutchinson AC addressed the College and congratulated both the students honoured at the Dinner and every other student on their academic achievements, emphasising that simply “getting through” amid the chaos of 2020 was a monumental achievement.

She commended the College on celebrating 20 Years of Women Students in 2021 and pointed to the current gender ratio of the College as an example of the strides that have be made in gender equality. She emphasised, however, that while we as a society should be proud of and celebrate the progress that have been made to date, there is still further progress to be made on the path to true gender equality.

The College would like to extend our sincerest thanks to the Chancellor for attending this event and addressing the College community. Her address was thought-provoking and insightful, and her warmth and kindness are matched only by her prolific professional achievements.

St John’s College was thrilled to celebrate the 2020 academic achievements of our community and would like to thank everyone who was in attendance!