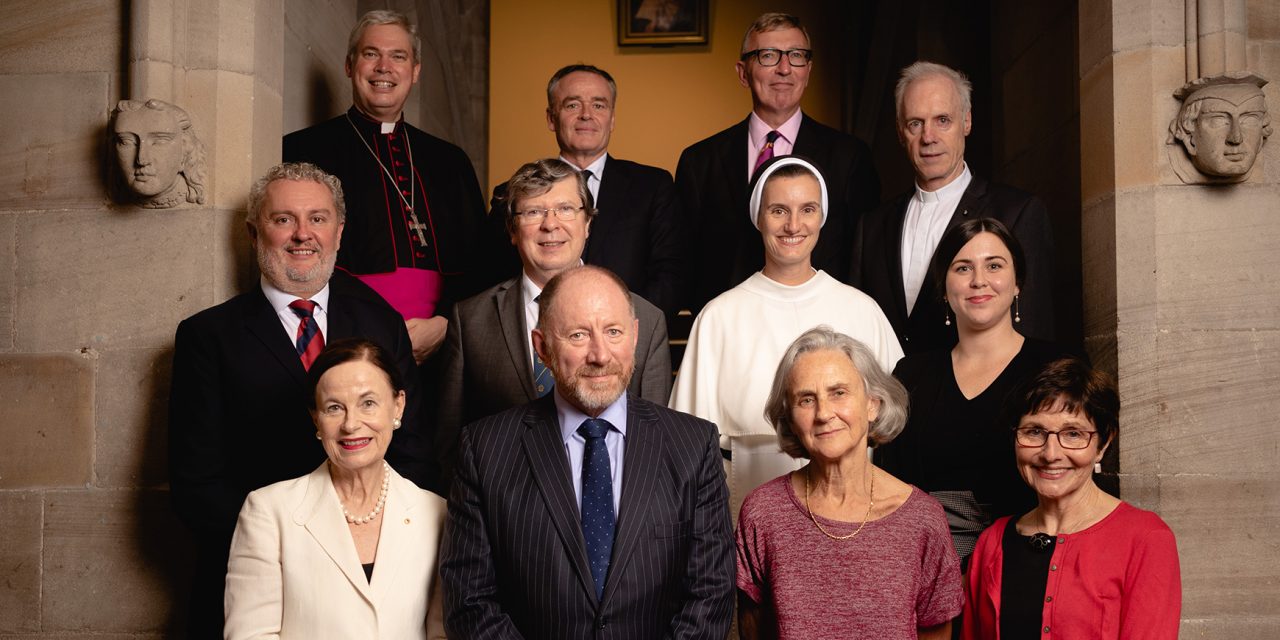 At its meeting on 12 March 2020 the Council of St John’s College elected Mr John Coorey as Chair of Council and Dr Bernadette Tobin AO GCSG as Deputy Chair.

John Coorey was educated at Waverley College and studied Arts and Law at Sydney University. John was in College from 1981 to 1983, serving as an Intercollegiate delegate and on House Committee, and actively involved in Rawson Cup sport, representing the College in athletics, cricket and rugby. John also represented the University in cricket and rugby and was Club Captain of Sydney University Football Club.  John is a senior partner at the national law firm Sparke Helmore, where he has served in senior management roles including as Chairman of the firm.  He was Deputy Chair of College Council from March 2019.

Bernadette Tobin served as Chair of the St John’s Council from November 2013 to 12 March 2020. Bernadette is one of Australia’s leading bioethicists, serving as Director of the Plunkett Centre for Ethics (a joint centre of St Vincent’s Hospital, Australian Catholic University and Calvary Health Care), and a member of the Pontifical Academy for Life. She was made an Officer of the Order of Australia in 2016 and is a Dame Grand Cross of the Order of St Gregory the Great.

At the Council meeting Dr Tobin made the following remarks:

I was pleased to nominate John Coorey to be Chair of Council and I am very pleased that he has been elected unopposed.

John has been Deputy Chair for the last year. I have worked closely with him. John understands the scope and limits of the role of Council. He is attuned to what is properly a decision of Council (essentially, policy) and what is properly a decision of the Rector and college staff (essentially, the implementation of policy). He is attentive to the Rector’s reasoning in making decisions about individual students, but understands the need to resist pressures, from wherever they come, to second guess the Rector’s decisions.

The college community will, I am sure, be delighted to hear of John’s appointment. The Catholic community of Sydney and New South Wales, Catholic secondary schools,  the University, the Archdiocese, the Alumni, parents of students past and present, our staff, these make up our college community. We owe it to them, to every part of that community, to maintain and enhance what is good and valuable at St John’s and to revise and renovate what ought to be improved.

In all this we shall be well led by John, with a young Council which comprehensively reflects the College Community. He has been a great collaborator with me this last year. On occasion, he has lifted my game!  So I  join with all of you in wishing John well.

The Council meeting was followed by the annual Council-Student Leaders Dinner, attended by the 2020 House Committee and Pastoral Team as well as the Rector, Council and senior staff.

The Rector, Adrian Diethelm, welcomed the appointments of Chair and Deputy Chair:

It has been a privilege to work closely with Bernadette for the last seven years. Her influence on this great and historic college has been profound, and will continue to be felt for a long time to come. Over the last year I have also worked closely with John and I am delighted that he will be leading College Council into the future. The first Council to take office under the 2018 Act has been marked by a shared vision for the future of St John’s, as well as harmonious and collegial relationships. I look forward to working with all members of Council under John’s leadership and with Bernadette’s continuing involvement.