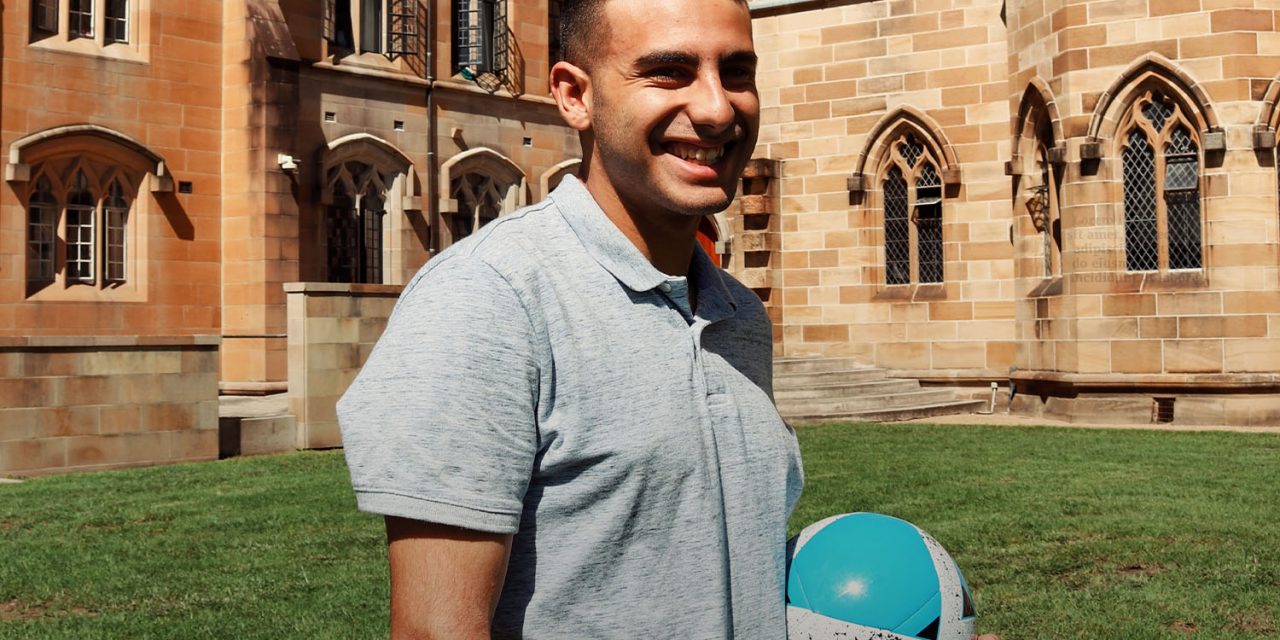 St John’s first year student, Roy Romeo, has recently returned from Italy where he competed in a prestigious soccer competition, the Viareggio Cup.

The Viareggio Cup is an annual youth soccer tournament held in March, where only a select few international groups are chosen to participate.

Roy and his team, the A.P.I.A Leichhardt Tigers, played against the nation’s best, two Serie A youth teams, Cagliari and Inter Milan, as well as Braga from the Primeira Liga. They played an incredibly notable performance against Inter Milan, losing 2-1 in a close match against the former tournament champions who are home to nine international players. Roy and his teammates also won many trial matches against local Italian clubs, demonstrating an extraordinary calibre of performance from the team.

Although talented sportspeople are not a novelty at John’s, there is something striking about Roy’s dedication and passion for his sport. Amongst the everyday busyness of university life, it is increasingly difficult to commit, let alone gracefully navigate the demands of participating in an overseas soccer tournament.

Roy attends three team trainings and one game every week in the U20’s National Premier league, all whilst completing a Medical Science degree.  Where many would not be able to withstand the weight of handling these demands, Roy teaches a lesson about what having drive truly means. “At times you have to miss birthdays, and functions… but if you are dedicated to something enough, you’ll get the reward out of it.”

His sporting talent has been 13 years in the making. “It’s all I’ve ever known, really. You feel a difference in your mind and your body when you’re not training.” Immersed in the game since he was six, Roy speaks of soccer almost as if him and his sport are intertwined – it is refreshing to hear a young sportsman hold such genuine reverence for everything that his game encapsulates.

Aiming to be a part of the 1st Grade National Premier League in 2020, and hoping to add even more training into his routine, Roy’s relentless dedication showcases an understanding of sacrifice and hard work that is beyond his years. “At times it can be challenging, but it’s definitely worth putting everything else on hold… You just let go of everything and you play.”